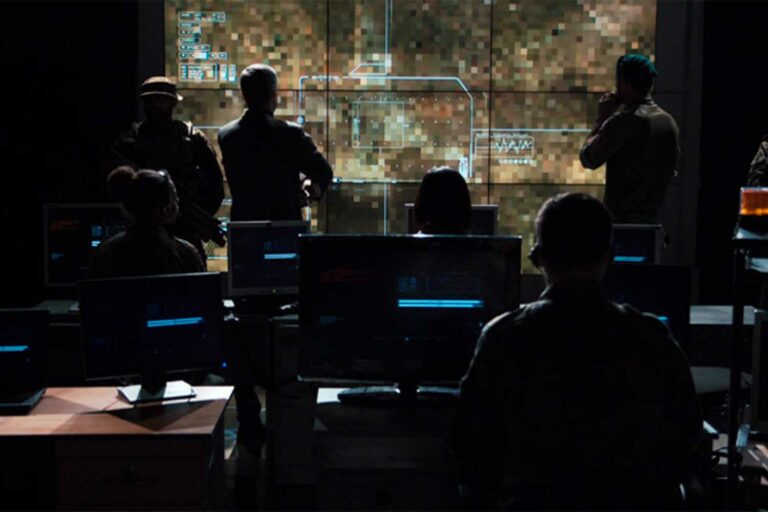 This week the National Security Commission on Artificial Intelligence (NSCAI) approved its final report, which determined the U.S. is currently unprepared for the coming AI era and cyber-competition with China. According to the report, ensuring that the U.S. maintains AI superiority will require the Department of Defense and Intelligence Community to be “AI-ready” by 2025.

“All of the commissions are convinced that AI-enabled threats are going to be a big threat to free and open societies in the future. AI tools will be weapons of first resort, particularly between great powers,” said Robert Work, Commission Vice-Chair and former Deputy Secretary of Defense during a public meeting on March 1. “Cyber attacks and disinformation will be accelerated by AI. We don’t believe there’s any debate over this point.”

The NSCAI was formed two years ago by the 2019 National Defense Authorization Act, which called for convening a commission to review advances in AI, machine learning, and associated technologies. Approved by commission vote on March 1, NSCAI will now submit its final report to Congress.

The report provides detailed blueprints for action on 16 different topics, centered on two primary areas of focus: “Defense in the AI era” and “Winning the technology competition.” The NSCAI additionally identified four main pillars of interest for recommendations, which identified as leadership, talent, hardware, and innovation investment.

“The NSCAI Final Report presents an integrated national strategy to reorganize the government, reorient the nation, and rally our closest allies and partners to defend and compete in the coming era of AI-accelerated competition and conflict,” the report reads.

Maintaining Advantage in the AI Era

Major initiatives proposed by the NSCIA include doubling annual non-defense spending for AI research and development to reach $32 billion per year by 2026. The commission also calls for establishing a National Technology Foundation and tripling the number of National AI Research Institutes in the United States.

In another proposal, the NSCAI says the U.S. must “move aggressively” to win the global talent competition, calling on Congress to pass a second National Defense Education Act to address deficiencies across the American educational system. The report additionally encourages Congress to pursue a comprehensive immigration strategy to attract highly-skilled immigrants in the fields of AI and machine learning.

NSCAI recommends creating a Technology Competitiveness Council within the White House, which the vice president would chair in addition to a Steering Committee on Emerging Technology within the Department of Defense.

“Americans have not yet seriously grappled with how profoundly the AI revolution will impact society, the economy, and national security,” report authors note.

DoD Not Prepared For AI-Enabled Future

Underscoring a deep sense of urgency throughout the NSCAI’s report is the commission’s determination that unless the focus shifts toward accelerated AI and disruptive technology adoption, the U.S. will lose its military technological advantage within the next decade.

“The U.S. government is not prepared to defend the United States in the coming artificial intelligence (AI) era. AI applications are transforming existing threats, creating new classes of threats, and further emboldening state and non-state adversaries to exploit vulnerabilities in our open society,” the report says.

The NSCAI cites several reasons for the U.S. lack of preparedness in integrating AI and emerging technologies. One obstacle, says the NSCAI, is getting senior DoD leadership–which has long been hardware-oriented–to leap into software-intensive enterprises. “Spending remains concentrated on legacy systems designed for the industrial age and Cold War.”

The NSCAI also notes that “bureaucratic snarls” deter technology firms from working with the DoD, saying it is “economically irrational for many startups to even try.”

The commission outlines five areas the Secretary of Defense should take to ensure the U.S. maintains technical superiority over potential near-peer adversaries and establish a DoD AI-enabled future.

“Our major military rivals are really all in on military AI applications. Defending against AI capable advisories without employing AI is an invitation for disaster,” said Work.

Vice-Chair Work echoed sentiments expressed by the current nominee for Director of Central Intelligence, William Burns, that the central pillar of the “China challenge” is technology.

“It [China] is organized, committed, resourced, and determined to surpass us in all advanced technologies. AI among them,” Work said.

The NSCAI says China has leveraged and exploited America’s failure to recognize the importance of intellectual property and lack of comprehensive policies to protect the creation of artificial intelligence and other emerging technologies. In addition to failed legal protections and policy incentives, the NSCAI notes China is aggressively engaged in organized efforts to steal American intellectual property and technology.

Calling China the “most significant challenge” to protecting U.S. advances in AI and innovative technology, NSCAI notes China is currently engaged in a multi-pronged licit and illicit technology transfer campaign to become a “science and technology superpower” by 2050.

In December, The Debrief reported a team of Chinese scientists had claimed they had achieved “quantum supremacy” in computing. During NSACI’s March 1 meeting, Commissioner Andrew Moore, director of Google Cloud AI, expressed serious concerns with experiments with surveillance technologies by the Chinese government, which he called “very Orwellian technology.”

Moore said he was proud but cautious that America and its Western allies have been careful to limit technology development for surveillance. Calling advances in facial recognition software “a great example of the paradox,” Moore said, “We have to develop technology which preserves our western values, but we have to be prepared for a world in which not everyone is doing that.”

After NSCAI members voted to approve the final report, Committee Chairman and former Google CEO Eric Schmidt said, “Our work just begins now because we have to now sell this to the key decision makers in our country and we’re committed to do so.”