This week, we examine China's ambitions to build a mile-wide spacecraft, and what leaked emails are telling us about friction within the commercial space industry. 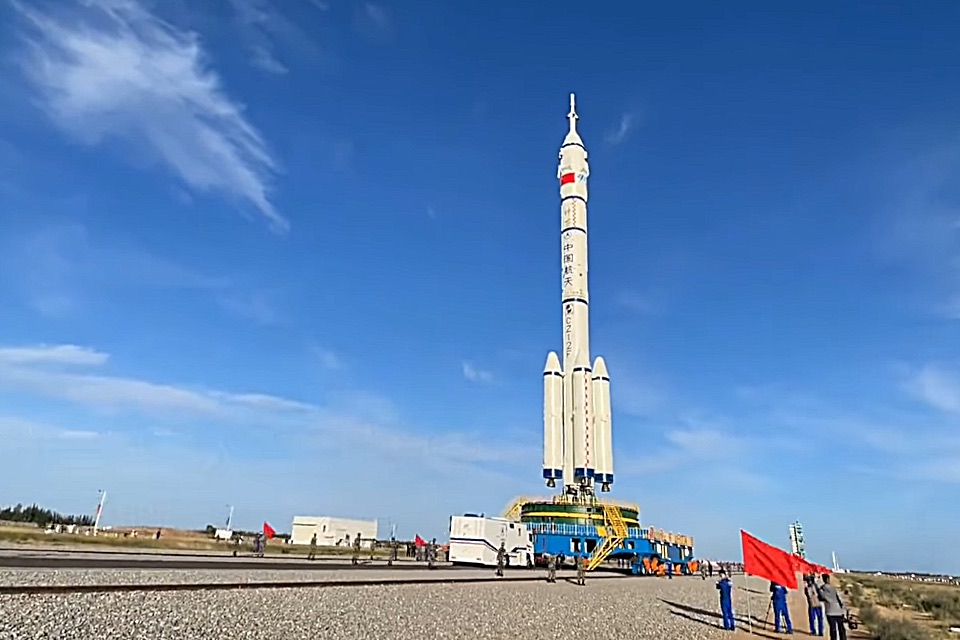 Welcome to this installment of The Intelligence Brief… as we turn our attention toward China and its ambitious plans for future spacefaring, on our radar this week we have 1) China’s explorations of building an orbital craft that will purportedly be several miles long, 2) what a recent outline says about how they plan to do it, and 3) what recently leaked emails convey about problems between NASA and its commercial space partners.

Before we getting rolling with things, over at The Debrief this week reporter Chris Plain presented a two-part analysis of his virtual attendance at the AIAA Aviation Conference, where a panel examined the ever-timely issue of UFOs. In addition to giving us five big takeaways from the conference, Plain reports on the flight safety aspects of the online event, and why panelists say that the scientific community should look into the UFO phenomenon.

Meanwhile, our very own Cristina Gomez provides video reporting on the aviation risk angle in her recent video installment Close Encounters of the Dangerous Kind – UFOs and Aviation Risk. “The flight risk that is posed to both military and commercial aviation is an unexplored aspect of UFO sightings and close encounters with unidentified flying objects,” Cristina says, who offers perspectives on the recent AIAA panel, and other potential flight risk considerations related to the UAP issue.

That said, it’s time to look at China’s aspirations to build the largest spacecraft ever put into orbit, and other issues related to the future of space travel that have been making news in recent days.

China is Exploring How to Build Massive Orbital Spacecraft

It has been learned in recent days that China’s National Natural Science Foundation (NNSF) is moving forward with plans to study the construction of a massive, several mile-wide spacecraft, beginning with a five year project that will examine the mechanics of carrying out such an engineering feat in orbit.

Initially reported in the South China Morning Post, the plans describe an “ultra-large spacecraft spanning kilometres” that China will hope to eventually build as the country’s spacefaring ambitions look ahead toward crewed missions that will spend long periods in orbit.

As part of China’s ongoing strategic aerospace goals, the proposed mega-spacecraft is one of several projects announced by the NNSF that it says will help to promote “the future use of space resources, exploration of the mysteries of the universe, and staying in long-term orbit,” according to an outline the foundation released online.

China’s ambitious space project is set to be overseen by its Ministry of Science and Technology, according to details contained within the outline.

Assembling a Mile-Wide Spacecraft, One Piece at a Time

China’s plans aren’t unique, per se, and like past space agencies, their goal is to send components into orbit over the course of several launches that that will facilitate construction of the spacecraft over time.

However, even this long-term assembly plan has its challenges. Each individual launch will require spacecraft carrying construction materials into orbit to minimize its weight in order to facilitate maximum cargo space. While several trips with the purpose of transporting components into orbit have been factored into China’s plans already, the costs associated with multiple launches could still be a limiting factor. In order to realize such ambitious goals, efficiency will be a key priority.

Getting the materials required for construction of the mile-wide spacecraft into orbit won’t be the only hurdle China faces. Once in orbit, additional heightened oversight will be required to manage and control the large amount of material they plan to send into space, which could quickly present challenges throughout the various phases of construction.

Of course, the current study aimed at how China might one day build a “mega spacecraft” follows the country’s successful landing of a rover on Mars earlier this year, which followed its earlier placement of a lunar spacecraft on the far side of the moon. This spring also saw China’s initiation of construction of the Tiangong space station, an orbital spacecraft that, one completed, will be roughly a quarter the size of the International Space Station.

Once Tiangong is constructed, it will help to facilitate future space endeavors China plans to undertake with Russia, in opposition to the United States and other nations with which the latter engages in cooperative space efforts. China is currently banned from participating in operations aboard the International Space Station, following legislation in 2011 by Congress that identified having Chinese astronauts on board the spacecraft as a potential national security risk.

Meanwhile, a series of emails leaked online at the Raid Forums hacking website Tuesday night appear to convey problems for NASA leadership, painting a picture of chaos and incompetence, while also alluding to claims involving the space agency and its relations with Space X, the Trump administration and, yes, even China.

The bulk of the correspondence appears to have been between Robbie Sabathier, Vice President of Government Operations and Strategic Communications at ULA, and a lobbyist at the International Association of Machinists and Aerospace Workers named Hasan Solomon. Notably, Sabathier expressed that his company had lost work to Space X during the previous administration on account of what he believed amounted to political favoritism.

Citing the “cozy relationship established by Trump political hacks throughout NASA,” Sabathier allegedly said that future NASA operations are “at risk,” and that taxpayer investments made by the space agency are being wasted.

“This large program which is the baseline for deep space exploration is being threatened due to political favors being offered to Elon Musk,” Sabathier said in the correspondences, comprising six pages that appeared online.

“If these emails are valid,” wrote Eric Berger for Ars Technica on Wednesday, “and there is little reason to think they are not, they paint a portrait of ULA smearing a competitor, SpaceX, because it has won more contracts from the federal government.”

Obviously, the friction between the United States and countries like China isn’t all that’s potentially impeding the future of space exploration. If the emails that leaked on Tuesday are legit, it appears there is plenty of infighting among commercial space companies, too… not to say that it’s any big surprise.

That concludes this week’s edition of The Intelligence Brief. As always, you can read past editions of The Intelligence Brief at our website, or if you found this installment online, don’t forget to subscribe and get future email editions from us here. Also, if you have a tip or other information you’d like to send along directly to me, you can email me at micah [@] the debrief.org, or Tweet at me @MicahHanks.