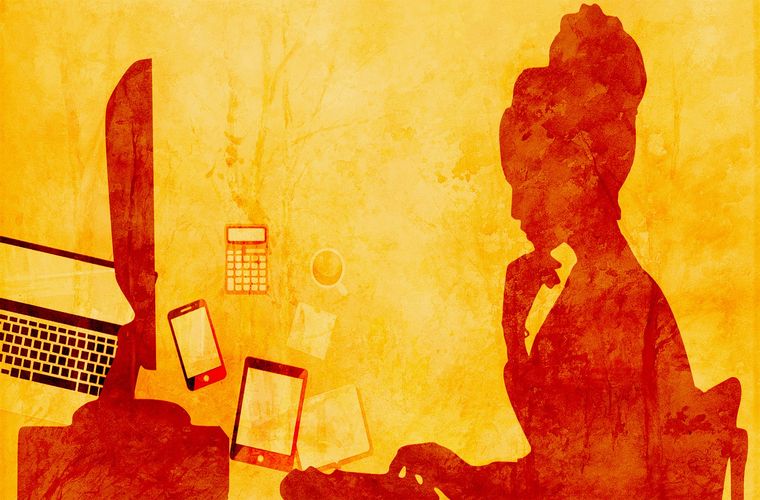 Researchers at Stanford University have found that one of the causes for zoom fatigue is staring at oneself all day. (PC Pixabay.com)

Have Zoom Fatigue? It’s Because You’re Staring at Yourself

Thanks to the coronavirus, many people have chosen to move their social activities to the virtual realm, using apps like Zoom or Facetime to interact with family, friends, and coworkers.

While these apps can be helpful in making us feel connected, they also have detrimental side effects. One of the biggest effects is known as “zoom fatigue,” where individuals feel burned out by the high number of zoom calls. There are many factors that contribute to zoom fatigue, but for researchers at the University of South Florida, they found that staring at yourself can be the biggest contributor.

For many people, sitting through another hour of video calls feels like a waste of time. In feeling this way, these individuals are experiencing zoom fatigue. Zoom fatigue happens when an individual has both mental and physical strains when being on a video call. For example, researchers at Stanford University found that excessive eye contact from video calls is unnatural and can feel overwhelming. Additionally, video calls don’t let us move while we speak, taking away natural rhythms and mobility. There is also a significant lack of body language, so individuals have a harder time feeling connected. And those are just some of the mental effects. Physically, an extended amount of screentime can cause eye strain, leading to headaches and migraines. While all these factors have an impact on how we feel zoom fatigue, one of the biggest factors is the extended time we stare at our own images.

Researchers at the University of South Florida looked into the psychological effects that occur from an individual staring at themselves during a zoom meeting. While many individuals try to do other work or stare at others during zoom meetings, a high percentage of users end up staring at themselves. This presents harmful psychological consequences, especially for women.  The researchers found that for women specifically, the more time they spent on video calls, the less happy they were with their appearance. This is due to the self-objectification most individuals do when they see their own image. It becomes too easy to nitpick our appearances, wishing we looked different. Because women tend to self-objectify more than men, they can feel more exhausted looking at themselves through their cameras than their male counterparts. This is what the researchers found as women reported higher levels than men of feeling zoom fatigue.

This dissatisfaction in one’s appearance due to Zoom and other apps has driven up the demand for plastic surgery as people continue to scrutinize their own images. Called the “Zoom Boom,” this higher demand is causing people to use their digital images as a guide for tweaking their features, with unhealthy consequences.

Thankfully, there are simple ways to avoid staring at oneself and also lower zoom fatigue. Simply turning the camera off can be helpful, but there are also settings in Zoom where users can hide their own camera views. While group leaders may think that they are being more inclusive by encouraging everyone to turn on their cameras, they may be doing more damage than expected.