An incident aboard the ISS in recent days involving Russia’s Nauka module led to an unexpected spacecraft emergency.

Incident on the ISS: The “Anomaly” that Led to a Spacecraft Emergency

Welcome to this week’s Intelligence Brief… in this installment, we’ll be analyzing the unsettling series of events that occurred late last week that caused the International Space Station (ISS) to engage in a gymnastic display that would have aroused the envy of any Olympic athlete. We’ll be examining 1) the orbital “anomaly” that caused the frightening incident, 2) how much worse the situation had actually been than initially reported, and 3) why it has caused (even more) friction between the U.S. and Russian space agencies.

Before we dive into things, a quick look at stories we’re covering at The Debrief this week includes Chris Plain’s report on a cannabinoid that may be able to treat epilepsy, as well as how “failed stars” are helping astronomers understand exoplanets, and whether a human interface could lead to the creation of empathic virtual reality. Be sure to check out more recent stories from The Debrief linked below… and with that, it’s time that we look at the events that occurred in space last week that resulted in an official declaration of a “spacecraft emergency.”

An Anomaly ABOARD THE ISS

A concerning incident–perhaps one of the worst in the history of the International Space Station–occurred last week, which involved the docking of Russia’s Nauka module with the station on Thursday, July 29.

“At 11:45 a.m. CT today, following the docking of Roscosmos’ ‘Nauka’ Multipurpose Laboratory Module (MLM) to the International Space Station, flight control teams noticed the unplanned firing of MLM thrusters, causing the station to move out of orientation,” wrote Bill Keeter in a portion of the ISS Daily Summary Report for the date in question.

Describing the incident as an “On-Orbit Anomaly,” Keeter added Thursday that “Flight controllers in Mission Control Houston continue to monitor the status of the ISS, but as of this afternoon, ISS has returned to its nominal orientation.” 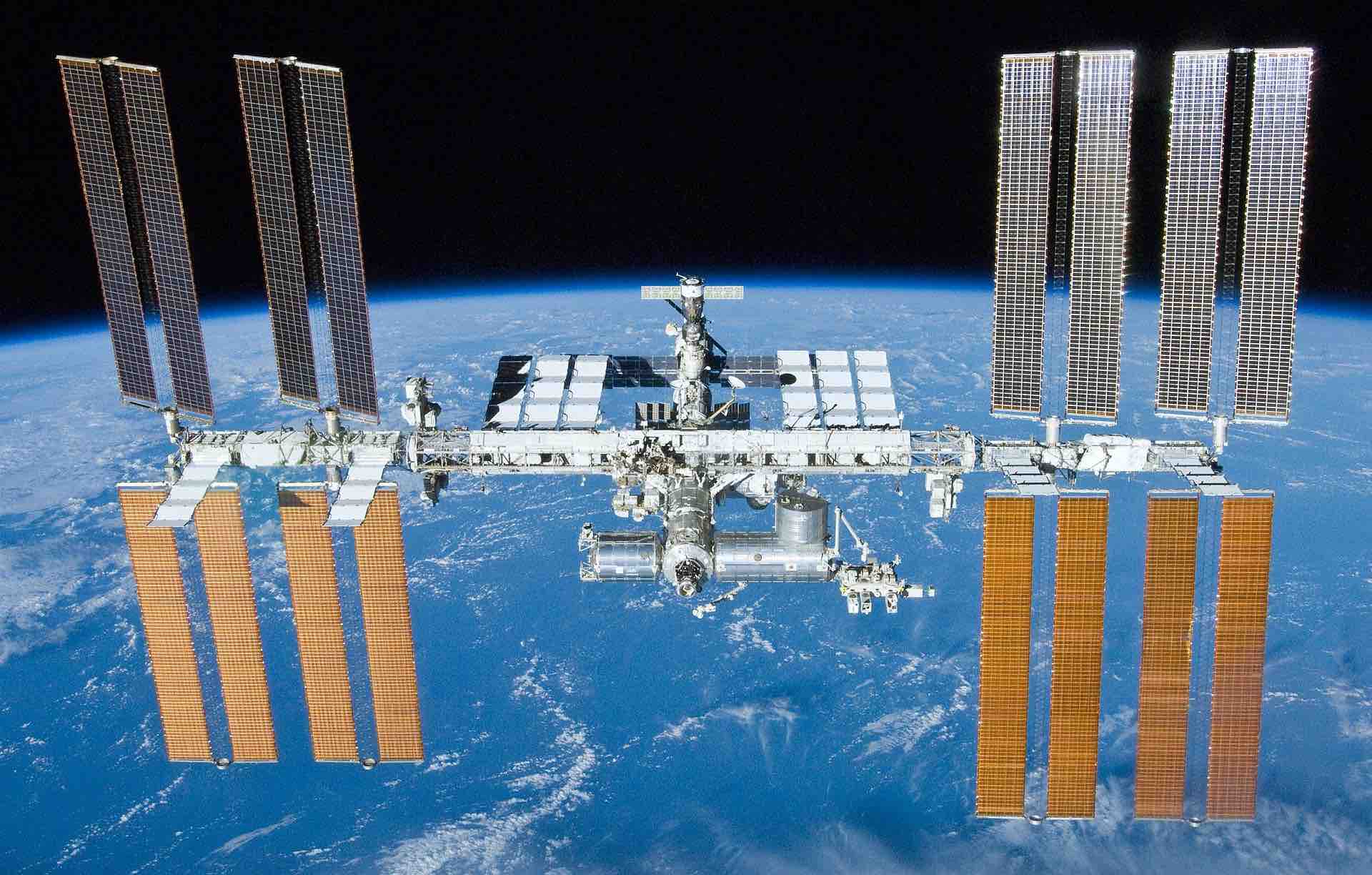 The brief description above might have made this “anomaly” sound like a fleeting event. To the contrary, for a period of approximately 47 minutes the Russian operators aboard the Nauka, also known as the Russian Multipurpose Laboratory Module (MLM), were apparently completely unable to regain control of the thrusters, causing the ISS began to slowly spin out of its correct orbital position.

Worse Than We Thought?

At a press conference shortly after the incident occurred, NASA said that this resulted in a repositioning of the ISS by as much as 45 degrees, although Zebulon Scoville later clarified in an interview given to the New York Times that the movement the ISS underwent had been more significant.

According to Scofield, the actual displacement of the ISS had caused it to spin close to 540 degrees, clocking in at a total of one and a half revolutions. In order to regain its proper orientation, an additional 180 flip was required to move it forward again.

A NASA spokesperson later confirmed the 540-degree spin to George Dvorsky who, writing for Gizmodo, was told that the figure Scofield gave the Times had been “confirmed only after the post-event analysis was complete.”

When Nauka’s thrusters began to fire unexpectedly, the ISS began to spin at a rate of approximately 0.56 degrees per second, slowly enough that those on board the space station couldn’t perceive it, but fast enough that structural damage to the spacecraft could have been an outcome. Additionally, the movement of the space station also caused the direction of its communication antennas to become reoriented, resulting in loss of communication with ground control on two occasions.

Perhaps the most concerning element to the entire incident was the fact that disengagement of Nauka’s thrusters required a command issued from a ground station in Russia. At the time it was realized that the thrusters were firing, it would have been an estimated 70 minutes before Russia passed below the ISS again, placing it in range and capable of issuing a command to disengage.

With Russia’s ground station expected to be out of range for more than an hour, the only course of action had been to attempt to balance out the force produced by the thrusters by firing additional thrusters on the Zvezda Service Module and on a Progress cargo ship that had also docked with the station. Remarkably, after 15 minutes Nauka’s thrusters somehow managed to stop on their own, likely as a result of burning through all of their fuel. However, it was still some time before the ISS could be correctly reoriented after its unexpected spin through Earth orbit.

Although some called it one of the most serious incidents in the history of the ISS, operations aboard the space station remained relatively unchanged throughout, and NASA maintains that the crew was never in any danger. Scofield, who had not been scheduled to work on Thursday, told the Times it had been curiosity that brought him in to watch the Nauka docking from the viewing gallery located behind the control room.

Little had he known that before the end of the day he would end declaring his first official spacecraft emergency.

The effects of the events aboard the ISS last Thursday were felt back on Earth as well, which included delays in the launch of the CST-100 Starliner spacecraft to the ISS.

However, Russia’s Roscosmos says that blaming the delay on the Nauka incident is “inappropriate,” citing problems that have been reported with the spacecraft.

“What we fail to understand is that NASA and Boeing are trying to accuse the Russian Nauka module for the delay in the face of serious problems,” wrote Roscosmos Spokesman Vladimir Ustimenko this week. “Moreover, the weather conditions were unfavorable at the spaceport and the spacecraft and the carrier rocket were returned to the Vertical Integration Facility, which would have not been done, had the delay been caused by the Nauka module.”

“This does not look appropriate,” Ustimenko said.

Built by Boeing, the CST-100 Starliner is one of several reusable crew capsules designed for use with NASA’s Commercial Crew Program, which facilitates transportation of crews to the ISS and other prospective locations in low-Earth orbit. At 4.56 meters, the CST-100 capsule is slightly larger than the command module designed for the Apollo missions.

There may in fact be some truth to Ustimenko’s gripes with the delayed CST-100 launch. Initially, Boeing said the launch had been delayed on account of the Nauka incident, although the rescheduled launch date of August 4 was thereafter suspended indefinitely after Boeing expressed that it needed additional time to inspect the ship and assess its readiness for flight.

That concludes this week’s installment of The Intelligence Brief. You can read past editions of The Intelligence Brief at our website, or if you found this installment online, don’t forget to subscribe and get future email editions from us here. Also, if you have a tip or other information you’d like to send along directly to me, you can email me at micah [@] the debrief.org, or Tweet at me @MicahHanks.