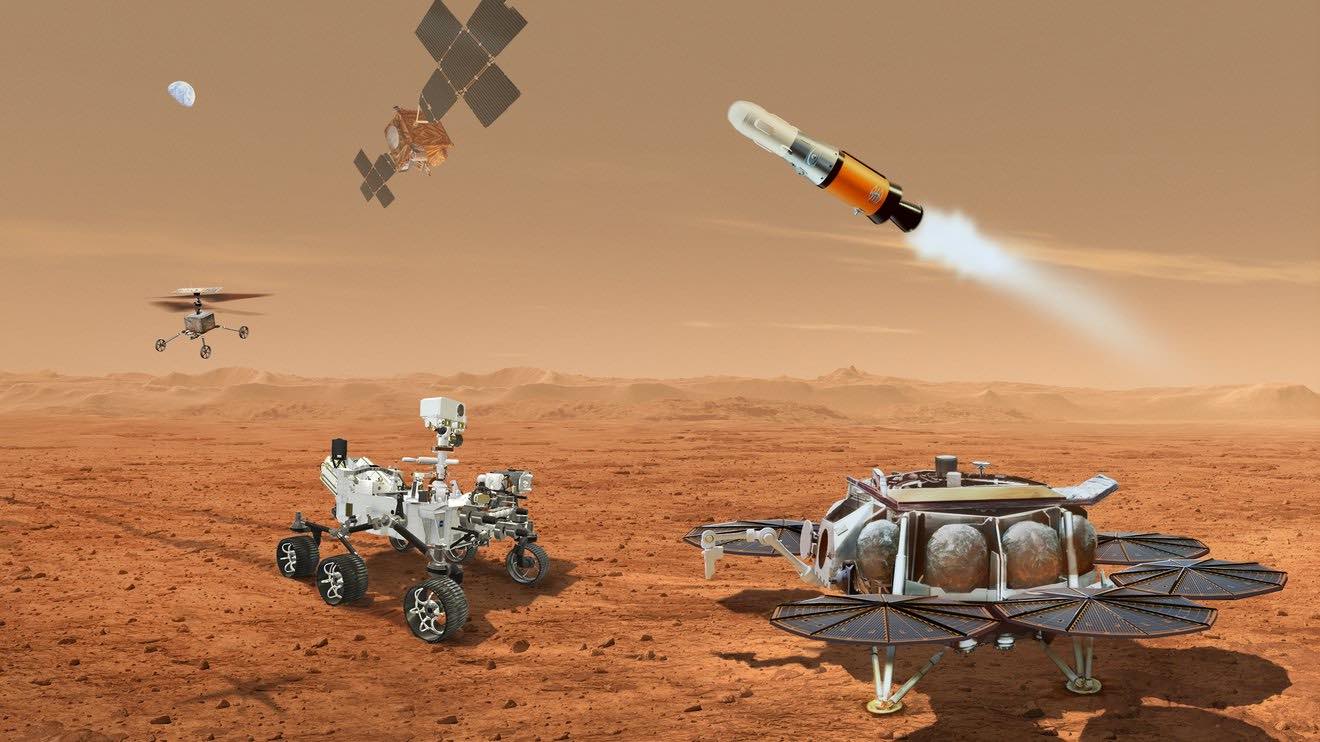 Welcome to this week’s installment of The Intelligence Brief… as NASA has outlined its latest plans for its ambitious Mars Sample Return Program, now expected to deliver samples collected by the Perseverance rover back to Earth by 2033, we’ll be 1) getting a status update on the mission’s current efforts, 2) looking at what the current plans for the mission entail, and finally, 3) taking a look at future launch dates that NASA has outlined in recent days.

“By exploring and understanding Mars, we may gain key insights into the past and future of our own world.”

Before getting into the thick of things, a few of the stories we’ve been covering at The Debrief in recent days includes a feud… one between NASA and the Chinese Space Agency, which involves speculations about a “takeover” of the Moon, of all things. Elswhere, I recently offered some ideas about a more promising development related to China’s Moon explorations, which might even help unravel new clues about the longstanding “Aristarchus anomaly” that has baffled Astronomers for centuries. Meanwhile, have a look at this magnetic material that seems to freeze and become stronger at warmer temperatures… we delve into why physicists now believe they understand how that happens.

Also, be sure to check out all the latest videos from The Debrief on our official YouTube channel, where you’ll find recent episodes of Rebelliously Curious with our own Chrissy Newton, and much more. And as always, you’ll find a complete roundup of all our latest articles at the conclusion of this newsletter.

And with all that behind us, it’s time we take a look at why NASA is so excited about the forthcoming Mars Sample Return Program, and what the successful delivery of samples from Mars will mean for us now, and for future generations of scientists.

In 2033, Earth will receive the first successfully delivered samples from another planet, currently being collected on Mars by NASA’s Perseverance rover, according to statements this week from NASA and the European Space Agency (ESA).

“NASA has finished the system requirements review for its Mars Sample Return Program,” read a statement on the website of NASA’s Jet Propulsion Laboratory (JPL), which stated that the ambitious effort to return Martian samples back to Earth is drawing near to completion of its conceptual design phase, signaling a clearer timeline than ever before that NASA plans to fulfill the historic achievement.

The American space agency added that as the current phase of conceptual design is completed, it is ironing out the finer details of how the samples, currently being collected by Perseverance from the Jezero Crater, will be returned to Earth.

Thomas Zurbuchen, the associate administrator for science at NASA Headquarters, said that the current conceptual design phase “is when every facet of a mission plan gets put under a microscope,” adding that there “are some significant and advantageous changes to the plan, which can be directly attributed to Perseverance’s recent successes at Jezero and the amazing performance of our Mars helicopter.”

“Working together on historic endeavors like Mars Sample Return not only provides invaluable data about our place in the universe,” Zurbuchen added, “but brings us closer together right here on Earth.”

The current mission architecture has been formulated around a variety of different factors. Among these, NASA technicians had to account for the current longevity of the Perseverance rover, one of its most ambitious long-term projects.

Roughly the size of a small vehicle, Perseverance was designed especially for the task of landing and probing the Jezero crater for potential signs of life—past or present—and other scientific objectives as part of NASA’s Mars 2020 mission. Since its successful landing on the Red Planet, the rover has remained in operation now for more than a year as its scientific efforts continue.

In the future, part of Perseverance’s mission will also include transportation of the samples it is currently collecting to the next component of NASA’s sample return mission: its Sample Retrieval Lander, which will house the Mars Ascent Vehicle, along with its accompanying Sample Transfer Arm provided by NASA’s ESA partners.

There have, however, been a few changes along the way as the mission has progressed. According to a statement at NASA’s JPL website, “the Mars Sample Return campaign will no longer include the Sample Fetch Rover,” also noting that the aforementioned system’s second lander has similarly been excluded from NASA’s current plans.

However, now joining the lineup of equipment that will help to facilitate the sample retrieval mission are a pair of new helicopters, which will join Ingenuity, the small coaxial rotor helicopter that is currently operating on.

“The Sample Retrieval Lander will include two sample recovery helicopters,” the JPL mission update read, each of which will build upon the basic design of Ingenuity. “The helicopters will provide a secondary capability to retrieve samples cached on the surface of Mars,” the JPL statement read.

Launch Dates on the Horizon

Right now, NASA says that launch dates for its Earth Return Orbiter will occur in 2027, while the following summer, its Sample Retrieval Lander will lift off in mid-2028. Barring any unforeseen challenges, the mission should successfully deliver the samples collected by Perseverance by 2033.

“With its architecture solidified during this conceptual design phase, the program is expected to move into its preliminary design phase this October,” NASA said in a statement, adding that the space agency expects this phase to last approximately one year while the program completes all required technological and engineering developments, along with the delivery of prototypes and major components that will be integral to the mission.

The ESA has expressed similar confidence in the mission’s current pace, noting that NASA’s European partners are “continuing at full speed the development of both the Earth Return Orbiter that will make the historic round-trip from Earth to Mars and back again; and the Sample Transfer Arm that will robotically place the sample tubes aboard the Orbiting Sample Container before its launch from the surface of the Red Planet,” said David Parker, ESA director of Human and Robotic Exploration.” 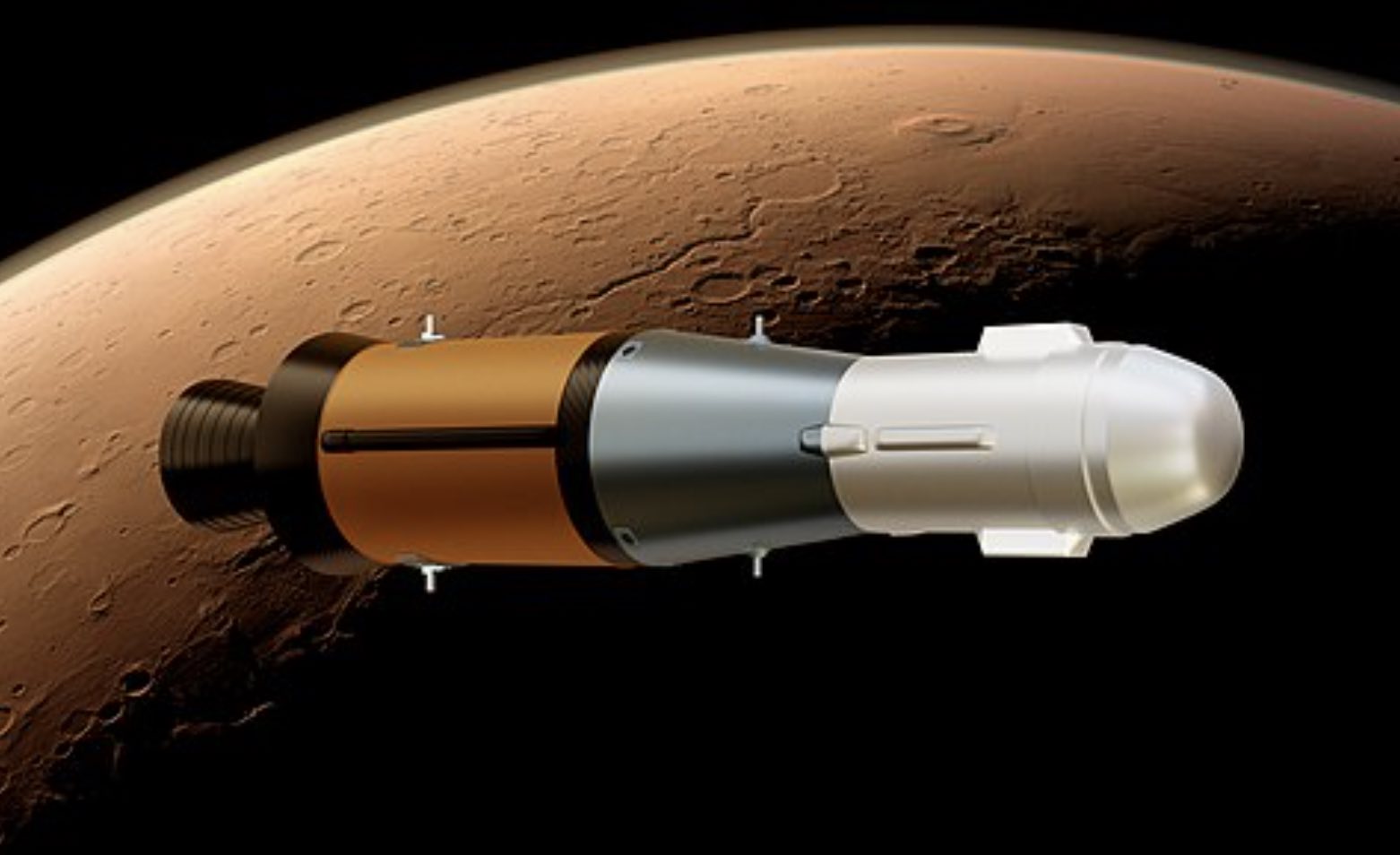 NASA has stated that in 2023, it will hold meetings with its ESA partners to reach formal agreements about each agency’s continued cooperation in the retrieval endeavor.

As far as the next steps toward achieving mission success, the Perseverance rover has currently already collected eleven samples, mostly consisting of rock core specimens, but one atmospheric sample is also contained within its current collection.

“This strategic NASA and ESA partnership will fulfill a solar system exploration goal,” a NASA statement read, calling the historic Mars Sample Return Program “a high priority since the 1970s and in the last three National Academy of Sciences Planetary Science Decadal Surveys.”

The successful delivery of samples from Mars back to Earth will represent an unprecedented opportunity for the international scientific community to study samples from one of Earth’s planetary neighbors with advanced equipment that would be impossible to send to Mars for field analysis. Further, the retrieval of such samples will facilitate the potential for their future study extending into the next several decades, by which time even more ambitious efforts may bring to fruition the acquisition of similar samples, perhaps even from worlds more distant than Mars.