This week we'll be looking at how a meteor that might have gone unnoticed was revealed to have interstellar origins, with help from the Pentagon. 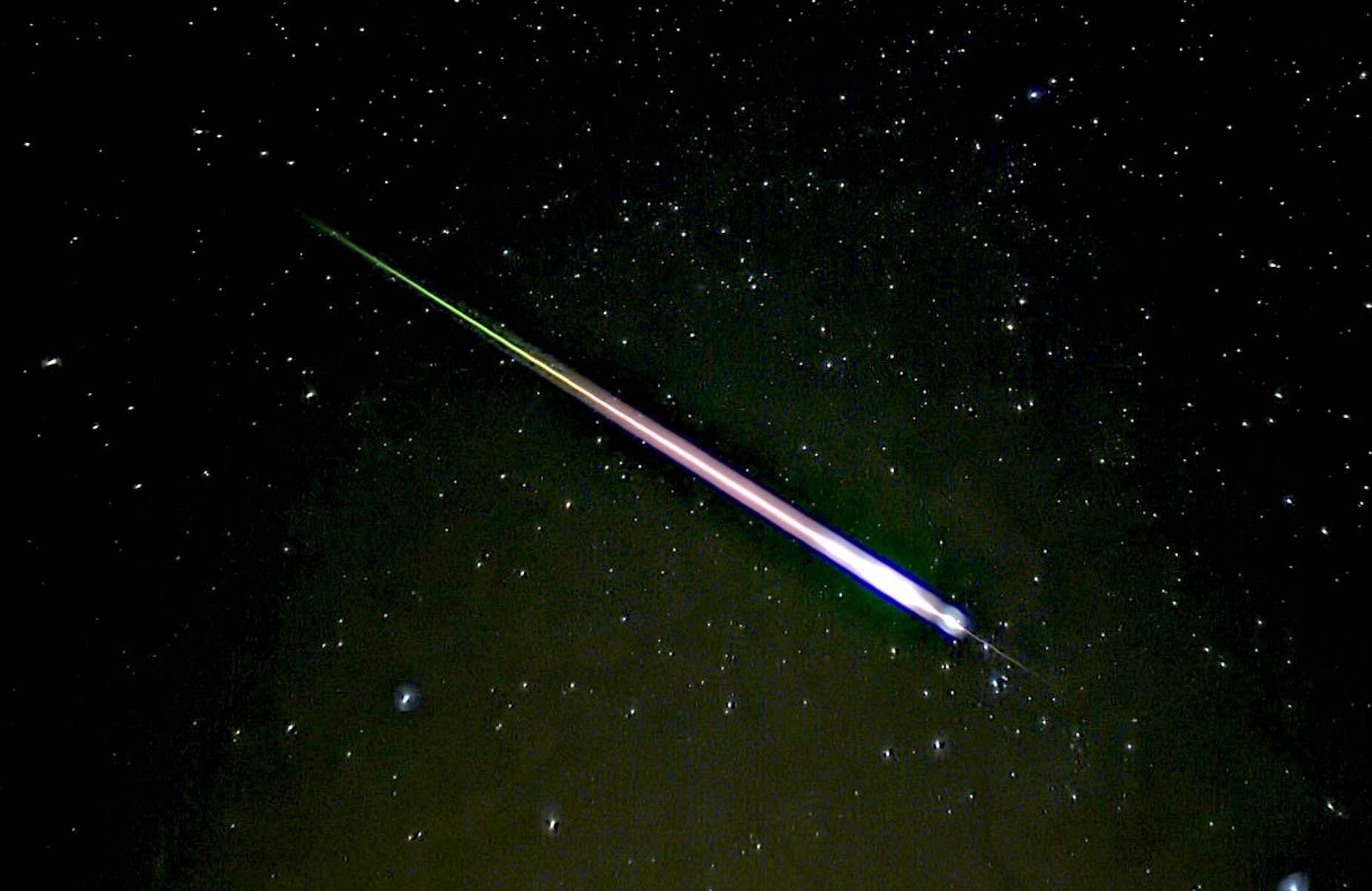 Welcome to this installment of The Intelligence Brief… with recent news of the confirmation that an interstellar object collided with Earth’s atmosphere in 2014, this week, we’ll be looking at 1) how a meteor that might have otherwise gone unnoticed was detected by U.S. government sensors, 2) why a pair of astronomers began paying attention to government data about this event, 3) what the scientific community had to say about early claims that the object was interstellar, and 4) how the Pentagon eventually helped confirm the discovery, and 5) what it means for the future study of interstellar objects.

We cannot predict the new forces, powers, and discoveries that will be disclosed to us when we reach the other planets and set up new laboratories in space. They are as much beyond our vision today as fire or electricity would be beyond the imagination of a fish.

Before we get into the thick of things, a few stories we’re covering this week include how scientists at the company InBio are using CRISPR gene-editing to try and create the world’s first hypoallergenic cat. Elsewhere, following several decades of scanning the heavens for technosignatures, it looks like the search for extraterrestrial intelligence (SETI) is finally about to go large. Also, be sure to check out reporter Tim McMillan’s latest investigation of why the Pentagon’s former head of counterintelligence and security was released from duty, and what that has to do with the government’s UAP investigations.

Meanwhile, in video news, hosts Josh Rutledge and Stefan Gearhart recently highlighted the tech gear everyone should have when going on a UFO hunt in their new Tech Talk #6: UFO Hunting Gear. You can find all of our latest video news and interviews on The Debrief’s YouTube page.

With all that out of the way, it’s time to turn our attention to how newly released government data helped to confirm a discovery of interstellar proportions and what it might mean going forward in studying objects from outside our Solar System.

A Flash in the Sky

In January 2014, a meteor was detected streaking through the skies as it fell toward the ocean near Papua New Guinea. The object, which burned up in Earth’s atmosphere, probably went unnoticed to most—if not all—human observers, and perhaps wouldn’t have been noticed at all if it hadn’t been detected by U.S. Government sensors.

The brief flash the object produced as it disintegrated was recorded, and later included with data compiled by the Center for Near Earth Object Studies (CENOS), jointly managed by NASA’s Jet Propulsion Lab and the California Institute of Technology. The object in question was subsequently given the designation of CNEOS-2014-01-08.

This might have been the end of an otherwise seemingly unremarkable story, had it not been for a hunch by a pair of astronomers who thought that searching the CENOS database might yield interesting results: specifically, it could produce evidence of objects that collided with Earth that originated from outside the solar system.

“One would expect a much higher abundance of smaller interstellar objects, with some of them colliding with Earth frequently enough to be noticeable,” wrote author Amir Siraj in a paper co-authored with his professor Avi Loeb, with Harvard University’s Department of Astronomy.

Smaller objects, that is, than the enigmatic ‘Oumuamua detected in 2017 as it coasted through our Solar System on its way from interstellar space. Recognized as the first known object of interstellar origin to have entered our planetary neighborhood, ‘Oumuamua generated a tremendous amount of discussion and debate over its origins, as well as its unusual shape and other characteristics.

Based on the data obtained regarding the bolide detected near Papua New Guinea in 2014, it seemed that this otherwise innocuous atmospheric event might turn out to be a good candidate for one of the smaller interstellar objects proposed by Siraj and Loeb.

“Based on the CNEOS catalog of bolide events,” Siraj and Loeb wrote in 2019, the object that impacted with Earth’s atmosphere in 2014 possessed a high LSR (local standard of rest) speed, which seemed to imply “a possible origin from the deep interior of a planetary system or a star in the thick disk of the Milky Way galaxy.”

“This was our inference from the reported velocity and position of the meteor at its time of impact,” Loeb later wrote in Scientific American. “In the submitted version of our preprint, we calibrated our statistical confidence by estimating error bars based on documented differences between measurements by USG sensors and independent detection systems for other meteors. We attempted to be as conservative as possible in attributing these discrepancies only to inaccuracies in the USG measurements.”

“But this was not enough to garner widespread approval from colleagues,” Loeb added, noting that many challenged the reliability of the USG sensors data that served as part of the basis for his and Siraj’s calculations.

According to one referee report the authors received following submission of the paper, “we have a deeply flawed claim of an interstellar fireball coupled with an unfounded estimate of frequency,” with the referee adding that “the authors to go on and make spectacular claims about the spatial density of interstellar objects, the mass loss of such objects from nearby stars and the number of such objects that have hit the Earth in its history.”

“Both the premise and the conclusions of the paper are deeply flawed,” the referee concluded, “and I recommend against publication.”

The Pentagon Weighs In: It Actually Was an Interstellar Meteor

While in Washington, D.C. in 2019 attending the Board on Physics and Astronomy of the National Academies where he served as chair, Loeb spoke with Alan Hurd from the National Security Education Center at the Los Alamos National Laboratory. Data science program manager for global security, intelligence, and emerging threats at Los Alamos, Matt Heavner, was then brought into the mix, and together with Hurd the two decided to reach out to federal authorities to see whether the measurement error on the 2014 meteor could be declassified, and possibly the rest of the CNEOS catalog data.

Heavner later confirmed to Siraj and Loeb, after speaking with the analyst that reviewed the data on the 2014 meteor that “The uncertainties on each of the velocity components are better than ±10 percent,” which the authors later added to their paper.

While many astronomers remained on the fence (if not completely opposed) to the notion that a meteor of interstellar origin could have been detected as it burned up in Earth’s atmosphere in 2014, now with the help of newly released information from the Pentagon by way of the United State Space Command, an official memo appears to have provided the final bit of confirmation needed. 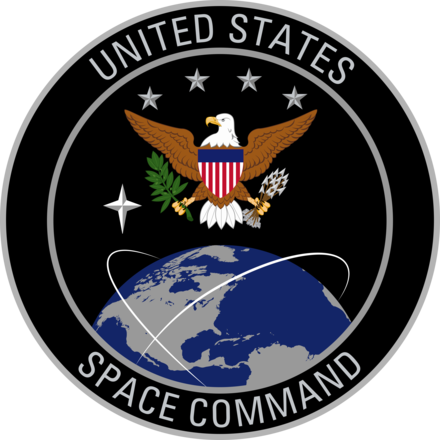 The UAP Report: Knowns and Unknowns

According to Popular Mechanics, “the United States Space Command (USSC) released a memo on April 6, confirming that the meteor was indeed an interstellar object.”

“Now the government confirms that the uncertainties are indeed negligible for the inference that the object was interstellar,” Loeb told The Debrief in an email. “Note that the classified part was the uncertainty; the publicly available measurements were clearly indicating an interstellar origin according to our paper from 2019.”

According to Loeb, “The way we infer that it is interstellar is based on the location and velocity that the object had when entering the Earth atmosphere. After taking out the velocity of the Earth at the time of the impact we can tell the object’s velocity relative to the Sun and from that find out whether it is bound or unbound to the Sun.”

“This is similar to figuring out whether a rocket will escape from the gravitational pull of the Earth when its speed is large enough,” Loeb says. “When going through the calculation, we found that CNEOS-2014-01-08 had a speed of 40 kilometers per second outside the Solar system and must have had an interstellar origin.”

The Future of Interstellar Object Retrievals

“The case of `Oumuamua is very different,” Loeb says, since the U.S. government “had no involvement with its detection because it never intercepted the Earth.” Nonetheless, he says the detection of a much smaller interstellar object colliding with Earth’s atmosphere has its own importance.

“The interstellar meteor discovery is significant in that it used the Earth as a fishing net,” Loeb says, “and we could potentially put our hands on its relic and examine it in a laboratory (something that cannot be done with `Oumuamua).” In fact, Loeb says that additional follow-up work on this discovery might even include planning an expedition to attempt to scour the ocean floor off the coast of Papua New Guinea “for any relics from this interstellar meteor” that might still be retrievable.

Although retrieving these fragments would represent a feat within itself, the confirmation that small interstellar objects do occasionally make their way to Earth leaves open the possibility that future recoveries may also be possible, and that scientists may one day be granted a historic opportunity to study space objects from beyond our Solar System.