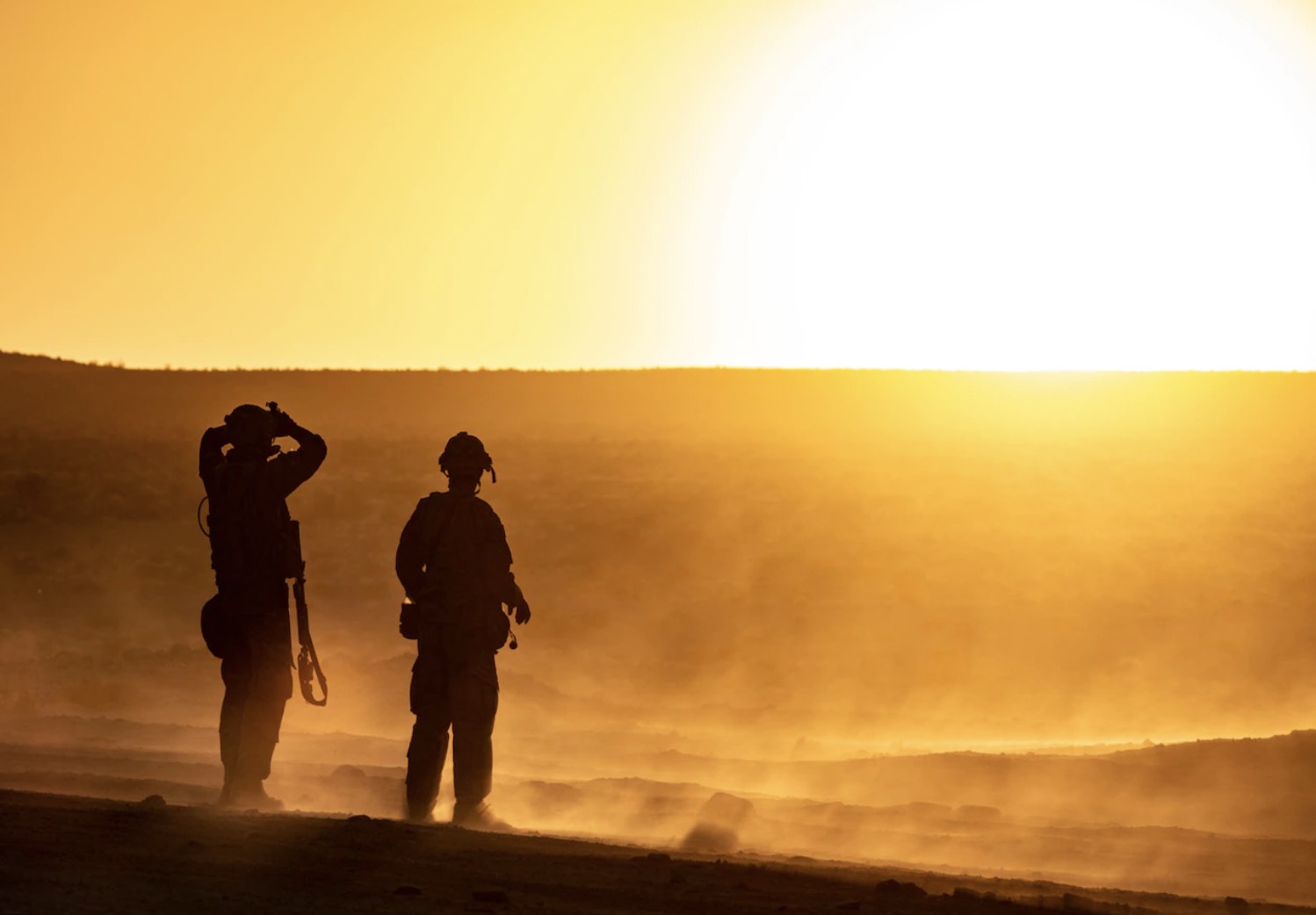 Welcome to this week’s installment of The Intelligence Brief… as summer heat ensues across the nation, this week we’ll be looking at the Department of Defense’s responses to ongoing concerns about climate change, which include 1) why climate change is a concern not just for technology and business sectors, but also for the U.S. military and its allies, 2) the national security challenges presented by climate change, and 3) how the DOD is working to offset its effects in the furtherance of its defense and security objectives.

“What is the use of a house if you haven’t got a tolerable planet to put it on?”

Before we get into this week’s analysis, a few of the stories The Debrief has covered in recent days includes how the James Webb Space Telescope has recently dispatched a new series of stellar images captured by its high-powered camera system. Meanwhile, China’s Sky Eye telescope recently detected a series of “suspicious” signals, but are they signs of intelligent life, or something else? We went to a leading SETI researcher for his take on the controversy… and of course, regarding the ever-timely topic of unidentified aerial phenomena, NASA has just announced that it will be the latest to weigh in on the subject.

Also in video news, Stefan and Josh give us a breakdown of the most awesome (and awe-inspiring) science fiction starships… which ones would you like to see on the list? As always, you can check out all of our videos and podcasts made available over on The Debrief’s official YouTube channel.
With that out of the way, it’s time that we shift our attention over toward the DOD’s concerns about climate change, and what the U.S. military and its allies are doing to combat it.

Climate Change: A Concern for Technology, Business, and the Military

Climate change represents one of the most significant global concerns that humans collectively face. According to NASA data, 2018 and 2021 were tied at sixth place as two of the hottest years on record, at 1.5 degrees Fahrenheit above the average global baseline period between 1951 and 1980.

In short, the last eight years on planet Earth have seen the warmest temperatures recorded since concerted efforts at recordkeeping began in 1880. While climate change represents an obvious concern for life on our planet in both the near and long term, it also presents security challenges for world governments.

A recent virtual panel held by the Center for Climate and Security, entitled “U.S. Climate Security Investments: Changing Plans into Actions,” showcased several of the current challenges climate change presents, along with potential paths toward mitigating its effects.

In attendance was Joseph Bryan, Chief Sustainability Officer and Senior Advisor for Climate to the Department of Defense, who weighed in on several of the challenges climate issues present, and how the DOD plans to combat them.

“Climate change is dramatically increasing the demand for military operations,” Bryan said during the panel, adding that it is “impacting our readiness and our ability to meet those demands while imposing unsustainable costs on the department.”

A DOD press release that followed the virtual panel discussion outlined several ways Bryan illustrated how climate change is affecting various technological and business sectors “as the world adjusts to the reality and a rapidly advancing energy transition.”

However, Bryan also emphasized the direct impacts of climate change on the U.S. military, and those of its allied partners, presenting a significant concern for security both at home and abroad.

“Climate change also affects the militaries of allies and partners, as well as competitors and adversaries. The nations that are most resilient and best able to manage the effects of climate change will secure an advantage,” Bryan said during the panel, calling for the necessity for innovation in areas that will help to further mitigate climate effects in the years ahead.

Last fall, the DOD published a pair of reports related to climate change concerns affecting national security. The first of these, a September 2021 document entitled “Department of Defense Climate Adaption Plan”, analyzed various security implications of climate change and outlined the DOD’s plan going forward for adapting to challenges presented by it.

The report was followed in October by a “Department of Defense Climate Risk Analysis”, which further outlined risks the U.S. military faces in relation to climate issues.

“Climate change is reshaping the geostrategic, operational, and tactical environments with significant implications for U.S. national security and defense,” read a portion of the October report, which cited rising temperatures, precipitation pattern changes, and “intense, and unpredictable extreme weather conditions” which result from climate change as being among the risks that present national security concerns for the DOD.

“The risks of climate change to Department of Defense (DoD) strategies, plans, capabilities, missions, and equipment, as well as those of U.S. allies and partners, are growing,” the report stated, adding that global efforts toward combating climate concerns are becoming an increasing priority in terms of how the DOD plans its strategies, in addition to negotiating international relationships and other factors.

“To train, fight, and win in this increasingly complex environment, DoD will consider the effects of climate change at every level of the DoD enterprise,” the report states.

During the recent Center for Climate and Security virtual conference, Bryan highlighted elements contained within the FY 2023 federal budget request which includes the allocation of resources to help ensure that DOD facilities and operations are “more resilient to climate change and increase operational capability.”

“Our climate investments are not only aligned with mission objectives, increasing resiliency and enhancing combat capability, but those investments are absolutely necessary for future mission success,” Bryan said during the online event.

Among current DOD initiatives aimed at combating climate change cited by Bryan are a $2 billion investment directed at “installation resiliency and adaptation” that includes $550 million for the Energy Resilience and Conservation Improvement Program. This, in addition to a $20 million sum put toward contingency preparedness to incorporate climate awareness into military training, disaster relief, and other areas, as well as close to $250 million to aid in boosting DOD operational platforms. The DOD also plans to put $800 million into science and technology investments with similar aims at curbing climate change and its effects. 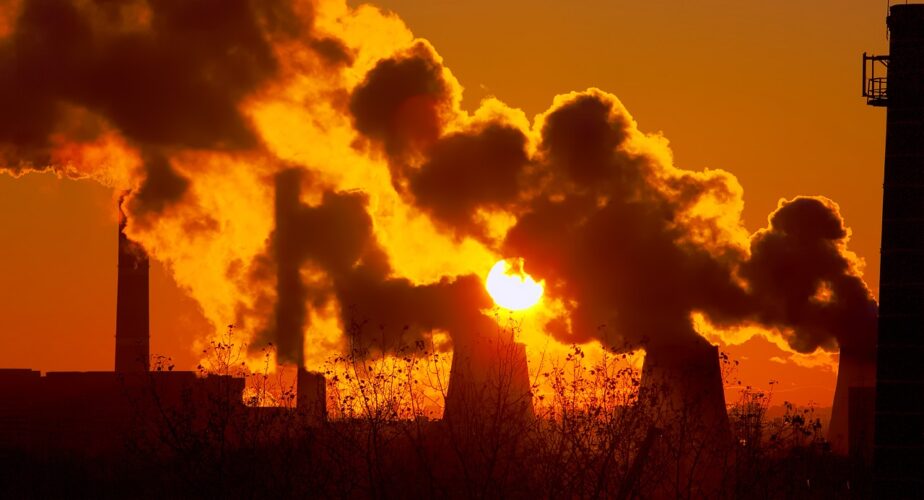 Bryan said the investments will help maintain the DOD’s objectives “to make real progress against our climate and mission objectives.”

Going forward, the necessity of recognizing climate change as a key factor in planning and preparedness for the DOD’s operations will remain paramount. Fortunately, the Department has shown significant activity in this space over the last several months, and in displaying a level of awareness for the potential national security challenges climate change could represent, the DOD appears poised to be able to mitigate future risks, and meet those challenges while working to help lessen the impact of changing global climate conditions overall.